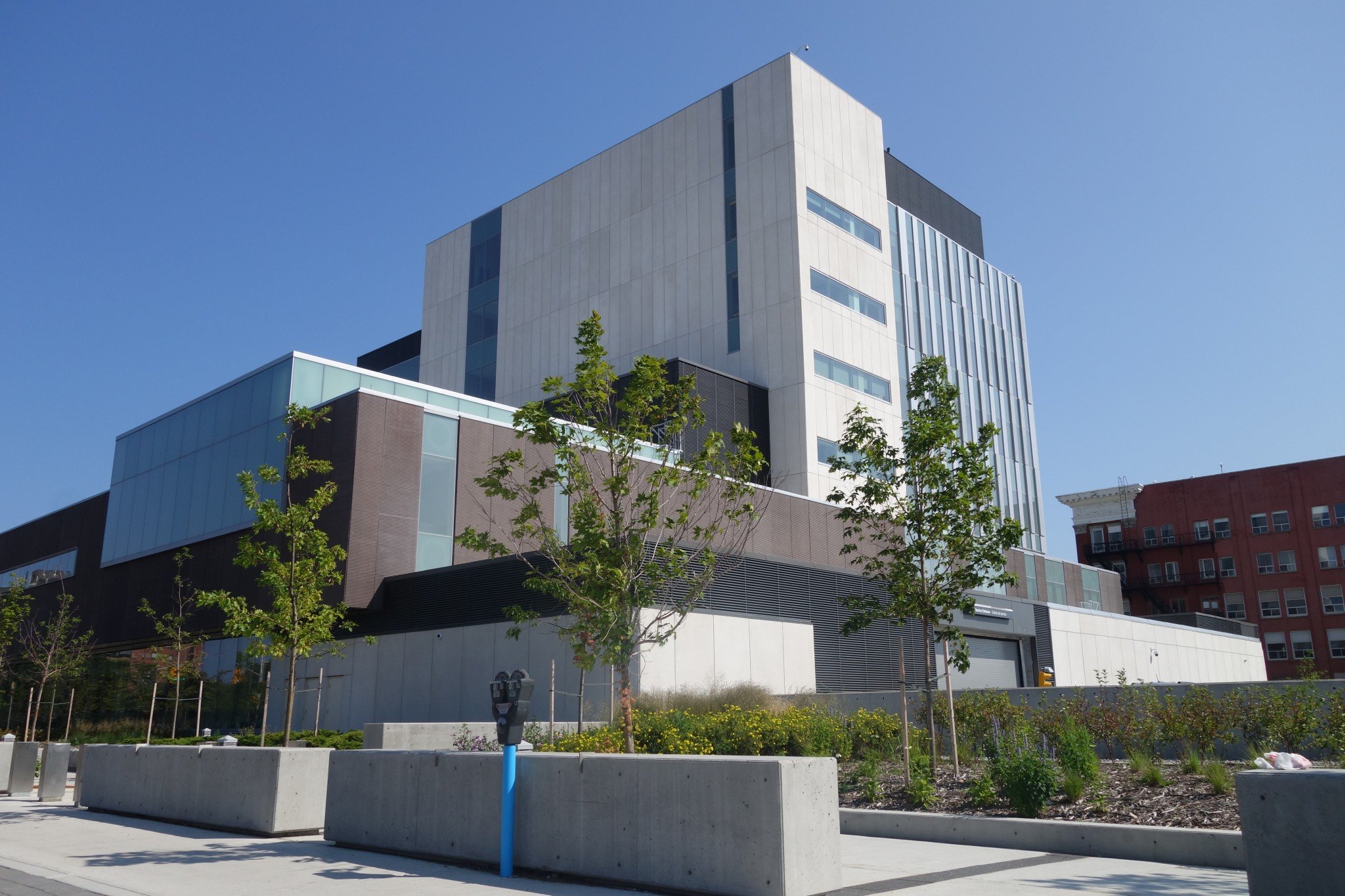 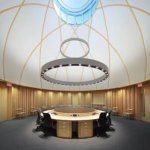 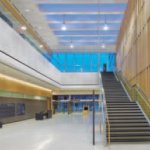 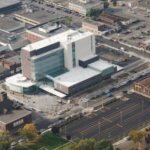 Thunder Bay’s new $247.7 million courthouse project has been completed after three years of construction. The 255,000 sq. ft. project consolidates Superior Court of Justice and Ontario Court of Justice operations for the Ministry of the Attorney General, improves accessibility and modernizes operations. Community leaders also hope the project will anchor the city’s downtown revitalization. Plenary Group, Bird Design-Build Construction Inc., Adamson Associates Architects, Johnson Controls LP, Ricci Green Associates, and TD Securities started work on the building in 2010 under an Infrastructure Ontario DBFM (Design/Build/Finance/Maintain) contract. The six-story structure, designed to LEED Silver standards, has 15 courtrooms including a multiple accused high security courtroom, enhanced accommodation for interpretation, and a glass atrium. It also has a built-in capacity for expansion and internal flexibility to adapt to future needs. Angelo Gismondi, vice-president major projects with Infrastructure Ontario, says several courthouse consolidation projects have been completed and lessons learned from previous locations have translated to design changes in subsequent projects including the work in Thunder Bay. “As we progressed from Durham to Waterloo to Quinte to Thunder Bay accessibility requirements have evolved and in this new project we are fully barrier free including the witness stand and jury box. Audio visual systems are now comprehensive and detailed,” he said. Ken Lewis, president of Sight N Sound Design, says the Thunder Bay courthouse is the most technically advanced to date for its use of codec (coder-decoder) farm technology. His company has contributed to several courthouse consolidation projects. “This is the first time we’ve used this technology,” he said. “It is located in a central main audio visual room in the basement of the courthouse and will be shared between all of the meeting rooms and courts.” Lewis says the codec system connects signal processing so video conferencing to remand centres, jails or remote locations is possible everywhere. Previous projects had remote video capacities, but these were designated to specific courtrooms only. “In Thunder Bay any courtroom can be connected and there is the ability to link any court space to another within the building,” he said. “This would accommodate overflow issues or any situation where courtrooms needed to be joined.” He says video conferencing is used frequently in Thunder Bay, where winter weather can play havoc on travel and the court serves remote locations. The natural environment of Thunder Bay is represented both in the architecture and use of materials, which include wood, stone and glass. The exterior includes a combination of earth tone precast and water toned curtain wall. Vegetation indigenous to the region has been selected and a hardscape of concrete benches, epi wood seating and granite paving complements the natural look. An Aboriginal garden including sacred plants has also been created. Gismondi says the courthouse has Canada’s first Aboriginal Conference Settlement Suite (ACSS) which features a central stone hearth for ceremonial activities and is designed to give a stronger voice to First Nations, Inuit and Metis people in the justice process. “The suite is both an architectural feature and a design feature which is prominent from inside and out,” he said. “It was designed with ministry policy advisors and members of the aboriginal community and truly stands out as something unique and special. The suite will be a place where aboriginal traditions are acknowledged and understood and where case conferences, pre-trials and family and civil hearings can be dealt with in a way that is supportive to the healing process.” The suite incorporates many traditional aboriginal elements. The main room is circular in design with a domed ceiling. Millwork tables and cabinets have been made in a circular shape as well and tables have been built so that they can be easily removed to accommodate the many anticipated uses of the suite. Four entrances represent the four cardinal colours and a stone hearth in the center of the room will support smudgings and other ceremonial rituals. Gismondi says aboriginal groups conducted a cleansing ceremony before work started and co-ordinated other events at various project benchmarks. “This project has been a real journey with the community,” he said. “A lot of that is thanks to the excitement and support from both businesses and residents for the work going on here.”